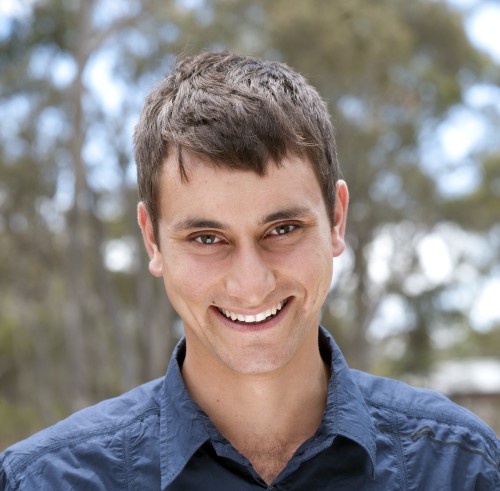 Growing up on acreage in central Victoria, near Bendigo, meant that animals, including horses, were a part of Liam’s daily life.  It was no surprise then, that as a youngster, he was drawn towards a career as a Blacksmith/Farrier.

In the third year of his training he was awarded the Victorian Master Farriers Association’s Top Apprentice Farrier Award.

Later that year, Liam went on to represent his state at the Australian Top Apprentice Farrier competition held in Queensland, where he won the Eagle Eye Award and placed third overall.

It’s a skill very few even think about in today’s world. Taken for granted is its know-how, sheer precision and artistry, and fittingly it was a highlight at the popular Lost Trades Fair held in Kyneton last weekend.

But for one 20-year-old Shelbourne man, it’s a trade of mastery that, while seemingly old-fashioned, is an ageless craft that he’s made his passion and career.

Liam Sing, a qualified master farrier, was the youngest exhibitor at the fair, showcasing the skill involved in fashioning a horseshoe using a forge and blacksmithing tools.

Master farrier, Liam Sing, captivates the crowds with his skills at the Lost Trades Fair in Kyneton last weekend

Though blacksmithing and farrier work is still a necessary trade that many rely on, including the horse racing industry, the fact that craftsmen like Liam and even the school that teaches the trade cannot source some of the steel required for making horseshoes is evident that the skill is slowly becoming a lost trade indeed.

In 2013, Liam was awarded the Victorian Master Farriers Association’s Top Apprentice Farrier Award. Later that year, he went on to represent the state at the Australian Top Apprentice Farrier Competition held in Queensland, where he won the Eagle Eye Award and placed third overall. In the Eagle Eye, the farrier is given only 10 seconds to look at the horse’s hoof before needing to make a shoe to fit – purely by sight.

Throughout the two-day Lost Trades Fair last weekend, Liam intrigued onlookers with his farrier and blacksmithing skills, proving that there is still a lot of interest in how such ancient trades are performed.